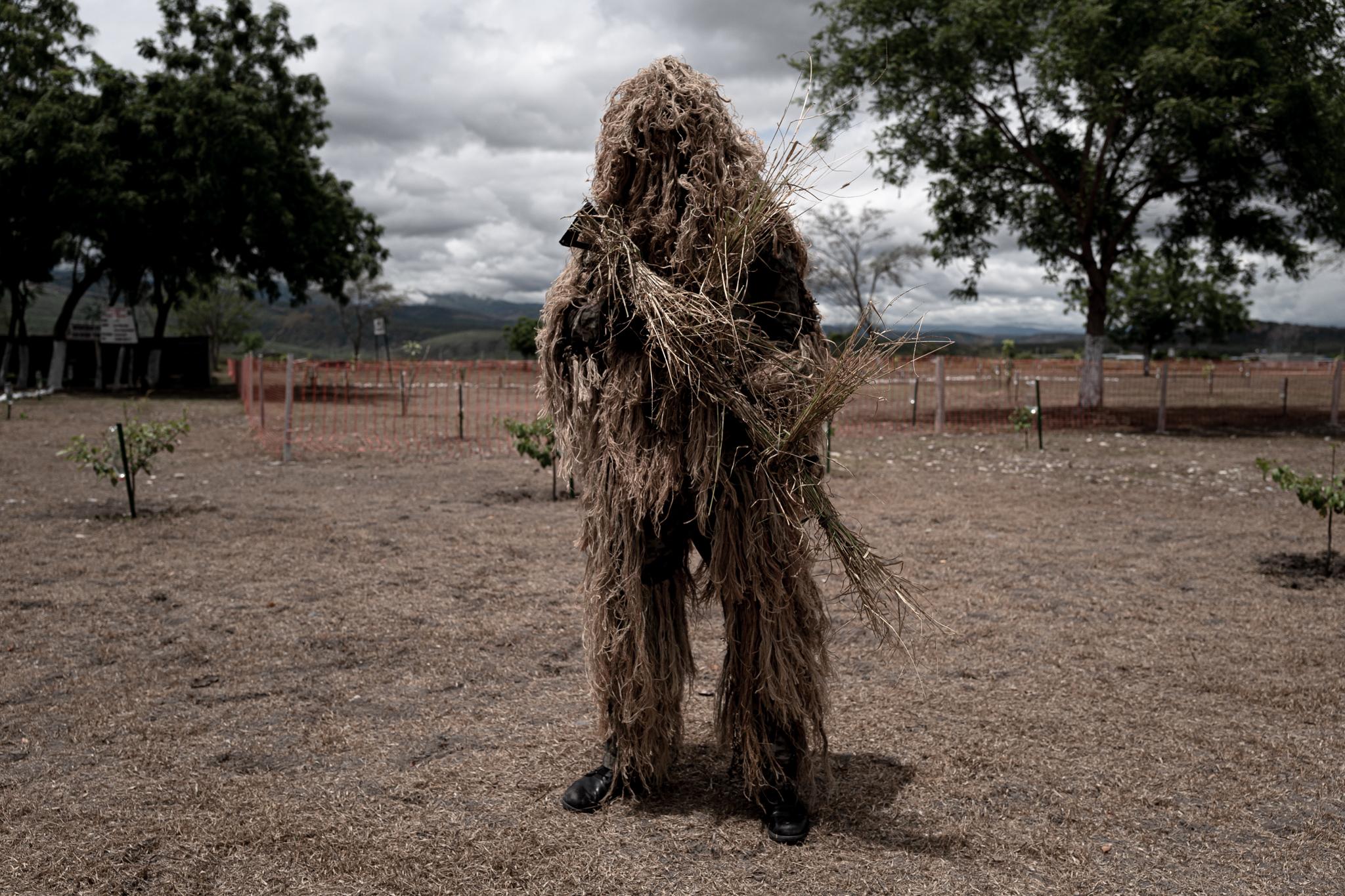 In Bagua, a Peruvian soldier shows off his cover for jungle combat missions. Some young wampis serve in some battalions of the border surveillance exercise and, working in an informal partnership, provide their superiors with information about illegal mining and logging activities. The army then informs the High Command to decide what to do to prevent conflict and at the same time ward off invaders - if the wampis have not done so before. Since the founding of the autonomous government, the relationship between the wampÃ­s and the Peruvian government has been peaceful, although the Peruvian authorities have not formally expressed their views. This tranquility stems, in part, from their excellent relationship with the Peruvian Armed Forces, which has a strong presence in the territory due to the border with Ecuador - wampÃ­s boundary to the north.

I'm glad for my work "The rainforest at the crossroads" receive this year's second prize Prix de la Photographie 2020 PX3 in the category Press / Nature / Environmental.

Thank you Pulitzer Center for support my work.

PX3 2020 Winner - The Rainforest at the crossroads
Deforestation can lead to a situation where the forest can no longer regenerate due to the scale of man-made aggression. If the current rate of devastation is maintained (or increased), this

Marcio Pimenta is a freelance photographer and journalist based in the South of Brazil.